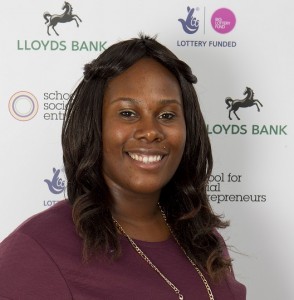 Shine ALOUD UK is a social enterprise that educates young people aged 15 – 24 about sex and relationships using interactive media. The company prides itself on being youth led and youth owned, which represents the tone direction of our material and resources. We are young people who are passionate about educating others young people.

In 2011, the first issue of the online publication Shine ALOUD Magazine launched online which discussed issues relating to sexual health, from the likes of contraception, pregnancy, sexual orientation and self-esteem in addition to the media and fashion industries influence on sexuality.

Through discussing issues that are important to young people, as well as combining them with media and art, the magazine has flourished and has thankfully attracted a wider audience, of supporters, readers and funders.

The magazine allows young people to comfortably and confidently negotiate sexuality through the use of creative media. This is where creative young people get involved and contribute to the magazines overall production, from everything to topics, artwork, adverts and design.

In the past, Shine ALOUD has also delivered workshops in hostel and community centres as well as held events to raise awareness around sexual and relationship.

Sexual health is a major issue across the globe. Unfortunately as sex and relationships aren’t talked about enough at home, in schools or in public, therefore young people end up being misinformed, and uneducated, or even if they are educated, it is often too late. Many teens nowadays do not know their bodies as they should because of the stigma and taboo topic of sex. Often times they practice unsafe unprotected sex, being harassed and exploited online when they deal with technology unaware of the danger, and even do not know the dangers of using sex toys like knowing if it is safe sleeping with a plug in or using their toys and not cleaning them properly. .

Additionally, approximately 59% of under-18 conceptions in Newham in 2012 led to an abortion, suggesting that a large proportion of these teenage pregnancies were unplanned in the total population and also in people aged 15-24.

With all this in mind it’s plain to see that Newham is a borough that needs sexual health education, SRE should be as important as Maths and English in the mainstream curriculum!

How is SSE beneficial?

Having an idea for a business and actually going through with it, can often be very lonely. People around you want to support you, but don’t know how. SSE provides me with the space to develop ideas and the beauty to be around like minded individuals who all have the intention and vision of making the world a better place with their social enterprises.

The sessions we have allow me to really think in depth about the plans for the future, whether it’s around the business or personal development. For example public speaking and networking skills, business plan and business structure.

Shine ALOUD aims to use interactive media to engage young people in sexual health education. The magazine is just the first step; we look to continue to hold events, run workshops and create short films, all with the aim of empowering young people about sexuality.

We are currently working on a ‘Wonder Woman’ issue of the magazine which is due for release in February 2014. This issue will shine a light on all the innovative programs that aim to empower and educate young women about sex and relationship issues. In addition to highlighting some of the customs and practices concerning sexual health, that cause harm and injustice to women across the globe.

As always, Shine ALOUD are on the lookout for people to be a part of our journey, whether you have an idea for an article, artwork you would like to contribute or put us in touch with other sexual health or youth organisation that you are aware of – get in touch!

This post is by Rianna Raymond-Williams founder of ALOUD UK