This week’s edition is coming to you from Latitude Festival in a field near sunny Southwold!  “Sounds like fun” I hear you say.  Well, the beer is poured by a social enterprise so we’ll put this one down as a research trip.  Enjoy this week’s news, it’s been a busy one. 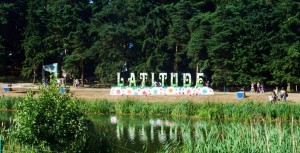 I’m waving at you from here

2010 was a simpler time.  When we weren’t being covered in ash by Icelandic volcanoes, celebrating the return of Robbie Williams to Take That or gazing in awe at a fancy new device know as an ‘iPad’, we were busy voting in a new coalition government.   Putting his name on the door of the office marked ‘Minister for Civil Society’ was Nick Hurd, who announced this week that he was stepping down from the role (on Twitter, of course – we’re not in 2010 any more).  Filling his shoes is Brooks Newmark.  Who is he? Wikipedia provides a biography that may or may not be reliable.

Last Friday saw an interesting discussion on the Guardian website about how to guarantee social media success.  One of the comments drew attention to ‘Something to Tweet About‘, an excellent guide for charities and social enterprises from Social Misfits Media.

The Blurt Foundation CIC are hosting a series of ‘Blurt Talks’ – the first one is on Saturday 23rd August at the Churchill War Rooms and will look at Depression and Self Care.

Would you like to work for the School for Social Entrepreneurs?  If you would, then you are in luck because we’re recruiting!  If you’d like to join us as our Director of Development, you can apply here.

In Brighton tomorrow? This looks like a lot of fun.

SSE Hampshire student Anita Usai of Chaos Cuisine is looking for volunteers to help in her allotment in Havant,  which supplies produce to her social enterprise cafe.

On August 14th we are running an evening taster session for ‘Trading for Sustainability’, our six day course which starts in September.  If you’d like to come along to the taster session you can book here.

If your organisation has an income of between £25,000 and £3m and is working in a health related-field, take a look at the 2015 GSK Impact Awards.

We’ll be exhibiting at this year’s Locality Conference in Cardiff on 17th +18th November. Early-bird tickets are now available.

Nesta have published ‘Making It Big‘, a report which looks at strategies for scaling innovation.

‘Social Saturday‘ was launched in parliament this week.  Taking place on Saturday 13th September, it’s a day encouraging people to buy from social enterprises – there are loads of ways you can get involved on the website.

That’s enough of that, I’m off to buy social at the bar…