I’ll be honest.  This is shorter than usual and slightly hurried, but it’s being written during the lunch-break of a training course on Thursday, I can see the sandwiches disappearing fast and I don’t want to be left with tuna.  Also I’m out of the office on Friday getting married, but that’s another story…  Enjoy, and ignore any spelling or grammatical errors. Normal service will resume next week. 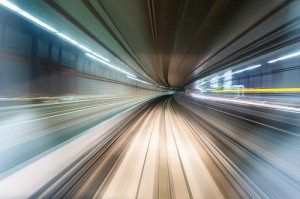 This image is supposed to symbolise speed.

Need some help with your marketing?  Pimpmycause is a platform that connects marketing and communications specialists with organisations looking for pro-bono support.  (Thanks to @joannaridout for sending this our way).

On the 7th of August, Family First Aiders (founded by SSE student Emily Wood) will be running an accredited Emergency First Aid at Work course at SSE London.  The full price is £120 p/p but they are offering a 50% discount for individuals and organisations supported by SSE: £60 for individuals/project supported by the SSE  or £70 for charities & social enterprises. There are only a 4 places left so book now!

Get your voice heard in Westminster! If you haven’t spent all your money funding a potato salad, you can get behind the Social Economy Alliance who are currently crowdfunding to deliver a billboard campaign promoting the social economy to MPs in the run up to the election.

Did someone say election?  It’s only 299 days away!  Labour’s Chi Onwurah has announced that only social enterprises with a public service mission will be allowed to bid for some government contracts should they get into power.

Community energy has been gaining a lot of attention in recent months (Community energy is becoming a force for real change) and this week SSE Scale Up student Andy Heald announced a massive new partnership between his organisation Gen Community and British Gas Solar and Social Finance.  The scheme will deliver large scale energy projects to housing associations and local authorities, for the benefit of the community.

SEUK and the Big Lottery Fund have produced an excellent guide to social investment, written by David Floyd and Nick Temple.  If you want to know if social investment is suitable (or not) for your organisation, this is a great starting point.

Elsewhere on our blog, our chief exec Ali offers his top 5 tips on leadership for social entrepreneurs.