Here’s this week’s roundup of everything that’s been going on – it’s been a busy week in the world of social enterprise!

There won’t be an edition next week, as I’ll be working on my tan in tropical Scotland (current forecast = murky).  Back in a couple of weeks! 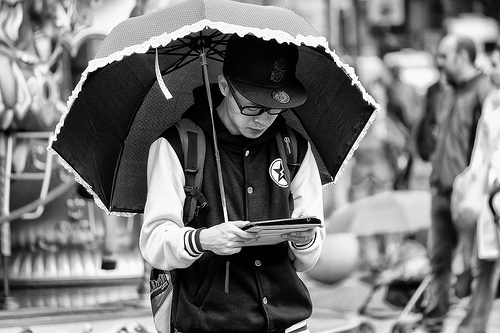 The ten participants of our ‘Frontline London’ programme were announced.  It’s an exciting and groundbreaking scheme for the school to be involved with, partnering us with the Evening Standard, Lloyds Banking Group and the Cabinet Office.  There are some cracking individuals with some great ideas, so watch this space for updates.

Congratulations are in order to Fellow Michelle Baharier and her organisation Cool Tan Arts, winners of a Queen’s Award for Voluntary Service, a fantastic achievement and well deserved recognition for the work that they do.   Similar felicitations to current student Barbara Wilson who has been recognised by Macmillan for her outstanding contribution to the charity.

NPC published their Four Pillar Approach, providing a framework for social impact measurement.  It’s a very handy guide (and if you coupled it with our Measuring Social Impact course you’d be truly knowledgeable…).

Another excellent guide published this week is ClearlySo’s updated Guide for the Ambitious Social Entrepreneur.  You need to register to download it, but it’s well worth it.  It covers everything from legal structures to sources of capital and social investment.

While on the subject of social investment, Jonathan Jenkins of Social Investment Business claims that among many charities “there’s a feeling it’s a lot of people in London with clever ideas who are talking to each other“.  It’s a good argument, but it simply can’t be true – if you’ve ever been here, you’ll know that Londoners do everything in their power to avoid talking to one another…

Fellow Yvonne Farquharson and her organisation Breathe Magic were featured on Australian radio station ABC’s ‘Magic Happens‘, a programme about the brain and behaviour, and the connection between them.  (Breathe Magic ingeniously use magic tricks as part of the rehabilitation process for a number of health conditions).

Mental health magazine One in Four, a social enterprise founded by Mark Brown, took the decision to close.  Mark wrote an excellent piece for the Guardian explaining why.

The ‘Sharing Economy’ has been gaining a lot of attention over the last couple of years (and was even  featured on Radio 4 a few weeks ago). This week Susie Cagle made the case against it, dismissing it as ‘neoliberal solutionism’ (yep, I had to Google it too).  Tom Foremski countered, although you have to read passed the headline to find out why: ‘The ‘sharing economy’ that doesn’t exist‘.

I went to a fiestier than expected round-table about crowdfunding at the RSA this week, and wish I’d been able to include this article in my pre-meeting cramming: Five things I wish I’d known before starting a crowdfunding campaign.  If you’re interested in finding out more about crowdfunding, Crowdcamp 2014 is a free two day event in London on June 14th and 15th.

By gum! There is a new £1m pot of funding available to organisations tackling social exclusion in North Yorkshire.

And finally…there are only four places left on next Saturday’s Kickstart Your Social Media workshop.  Book quickly if you’d like to come along.

Want this in your inbox every Friday?  Sign up to our newsletter