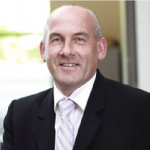 Richard Collier-Keywood was Global Vice-Chairman of PricewaterhouseCoopers (PwC) from 2012 until February 2017 having previously served as PwC UK Managing Partner since 2008. In his final role, Richard chaired the Global PwC Network Executive Team and was responsible for everything from strategy through operations.

Since February 2017, Richard has taken on a number of roles including chairing the School for Social Entrepreneurs, chairing Humentum, a global NGO based in Washington DC, chairing New Forest Care, a child care company specialising in looking after some of the most behaviourally challenged children in the UK, Managing Partner of Nala Ventures & Investments LLP and is a senior adviser to DCMS on the Inclusive Economy.

Richard is a barrister and a fellow of the Institute of Chartered Accountants in England & Wales. 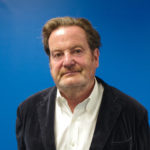 John became managing director of Virgin Books in 1982. In 1987 he set up the magazine company John Brown Publishing. He is currently chairman of Wild Frontiers Ltd, Pippa Small Limited, Camara (UK) and The Watch House restaurant in Cornwall. He is a non-executive director of Punk Publishing, The Oldie, Capitalise, and Eaglemoss. 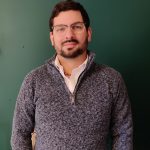 Will has worked across a range of sectors, including technology transformation in healthcare, providing social enterprise support to young entrepreneurs, and as a web developer for charities and small businesses. He is currently the Technology Lead at Esmee Fairbairn, working across the Foundation to help deliver its aims. Will is also on the Finance Risk and Audit Committee. 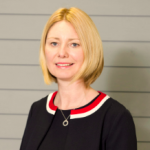 Jill Halford is Head of Charities at the accountancy firm BDO LLP. She has over twenty years of experience in working in the charities sector. Jill has spent time on secondment into charities covering the Finance Director and other executive positions. Jill specialises in external audit, internal audit and advisory work for the charity sector. She is also the Treasurer of ACEVO, the membership body for CEOs in the charity and social enterprise sectors. She was also a trustee of a small domestic violence charity in London for five years and set up a small environmental NGO, where she sat on the Board as Treasurer. Jill is a trustee and member of the Finance, Audit and Risk Committee of the School for Social Entrepreneurs, based in London and has been a board member since 2019. 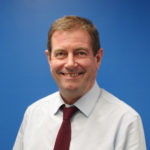 Steve is chief executive of AdviceUK. He has worked in the private, public and charity sectors and has over 30 years’ experience of charity, social enterprise and community activity at local and national levels. In addition to SSE, he is currently a trustee of several charities and companies including the Access to Justice Foundation, LawWorks, Southern Housing Group, and VCS Insurance Ltd. 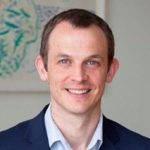 He is a member of our Finance Audit and Risk Committee. 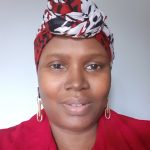 Sharon has a long history of faith led social action. She is gifted in mobilising, capacity building and upscaling Christian community outreach initiatives. Sharon is a Co-founder & Trustee of the Rehoboth Community Lunch Club, tackling the issue of supermarket & restaurant food waste and food poverty amongst the homeless community.

As well as being our Board EDI Champion, Sharon currently works for the Maternal Mental Health Alliance, engaged in the #everyonesbusiness campaign to see all women across the UK have equal access to quality perinatal care and support. For over 30 years she has worked in the public and charity sector in the area of community regeneration and family support. She is a Kinship Carer, and is actively engaged in the campaign for improvements in social policy, practice, resources and support for kinship carers, to bring about equal professional recognition to that of foster carers. She is one of the founding members of Kinship Chill and Chat, a peer support movement led by and for the benefit of Kinship Families. 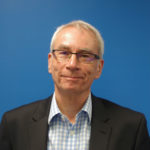 Mike is a Fellow of the Institute of Chartered Accountants and former senior audit partner at PwC. Since 2011, Mike has focused on working with entrepreneurs and early-stage businesses in a variety of sectors, in either a mentoring or advisory capacity. Mike has been an SSE mentor since 2011 and continues to work with several SSE fellows. Mike is the chair of SSE’s Finance, Audit and Risk Committee.

Sophie is a serial social entrepreneur who co-founded the Remakery in Brixton, founded the Edinburgh Remakery, and is now founder and director of Remade Network, which sets up collaborative community-led repair social enterprises. She is also the Safeguarding Lead. 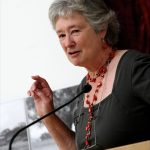 Charlotte has a background in management education and development and worked for many years at the University of Westminster School of Management ultimately as Dean of Management. She was head of management development for a major international company and then a founder of YSC, the international corporate psychology practice. Charlotte was a member of the founding team at SSE with Michael Young, and was Chair of Trustees from 2004-17. She was awarded the Queen’s Award for Enterprise Promotion in April 2009. Charlotte  was awarded an OBE for services towards social enterprise in the Queens Platinum Jubilee Honours List in 2022.

In addition, Megan Emery is a co-opted member of our Finance Audit and Risk Committee.