It’s easy to say, but harder to stick to.

We know this at SSE, because we haven’t always been the best at keeping in touch with the 1,000 people a year we support. We want to get better at this. And we want to help you stay connected to one another.

SSE fellows – people who’ve completed one of our long programmes – consistently tell us that the group of peers they met on the programme were a vital network, and that they’d love to have further support from SSE after graduating.

So we’ve launched the SSE Fellowship series: quarterly networking events for SSE fellows, hosted at different locations around the UK.

Did you miss the first SSE Fellowship event?

We kicked things off in February, with an event on the theme of ‘Movement Building and Money’ at RSA House in central London.

I had the enviable role of Chief Badge Hander-Outer (new job title and associated promotion still pending). I watched as the room filled with the buzz of fellows and guests, so I can fill you in on what happened.

Matthew Taylor, chief executive of RSA, opened the event. He spoke about social movements, based on his experiences of growing RSA’s fellowship to nearly 30,000 fellows. He talked about the importance of shared values, organisational structures that can support a movement to sustain itself, and the need for individuals within it to feel personally enriched by their involvement.

Next SSE trustee Charlotte Young and long standing supporter Barry Marshall introduced a movement of their own, in the form of SSE’s new Social Partners initiative. This will see experienced people from the world of business offering their expertise to SSE fellows, with coaching and one-to-one support, in addition to giving a financial contribution to SSE. The initiative will be an exciting opportunity to provide more support to SSE fellows.

After a short break (I particularly enjoyed the moment where there was so much chatter going on that Matthew Taylor had to yell ‘QUIET’ to get us all to shut up), fellow Robin Chu joined the stage.

Robin is founder of CoachBright, and gave us an insight into his organisation and the financial model it uses. CoachBright is largely funded by income from trading, and has had a clear ethos of financial sustainability over its five-year history. The team have always charged customers for their services, or had a very clear understanding that services were being subsidised as a one-off. When they didn’t follow this protocol, Robin found that they were much less likely to develop a long-term relationship with the client. 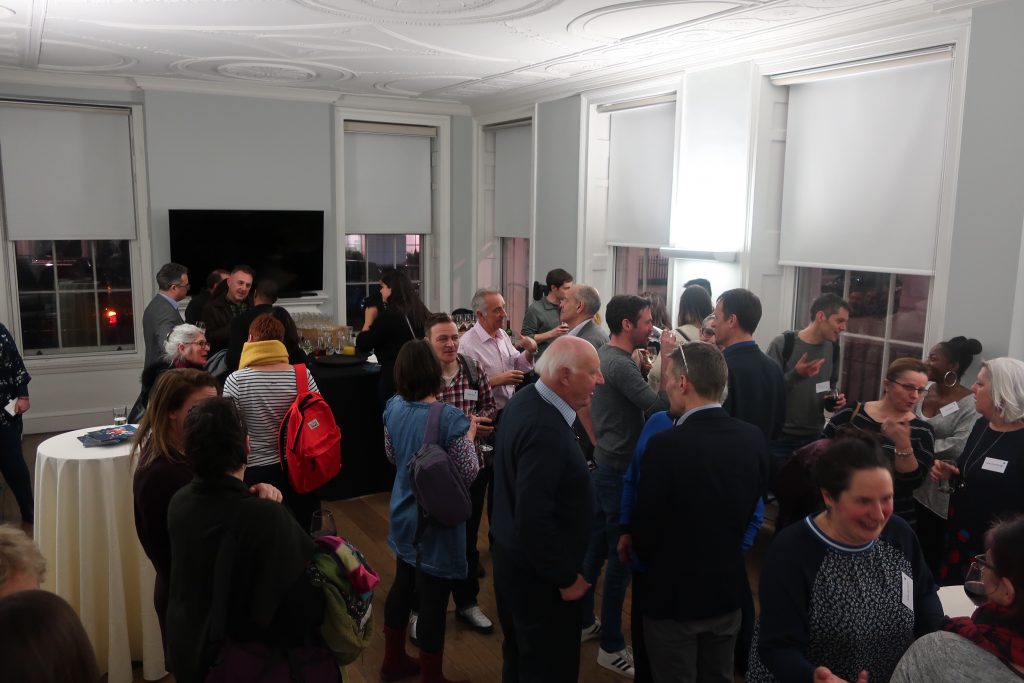 For the final section of the event we split ourselves into mixed groups of fellows, guests and staff for some ‘structured networking’, discussing anything we wanted to about finance in social entrepreneurship.

My group generated ideas for potential income streams so that one organisation could move away from grant dependency – could they develop corporate partnerships, or introduce a paid-for offer to subsidise their core services?

As the scheduled events drew to a close, I awkwardly accosted a fellow because they happened to have mentioned that they grew up in the same town as I did, a fact which always excites me more than it should. (You know who you are, and I apologise!) Luckily our fellows fared much better in the networking stakes, making new connections and swapping details.

SSE’s network manager Amy Barbor, herself a fellow, hosted the event throughout. And David McGlashan (of Have I Got Social Enterprise News For You fame) live-streamed the proceedings. So you can also catch the whole evening here if you missed it.

What did I learn from the first SSE Fellowship event? Badges are surprisingly difficult to keep track of. Nibbles are important. But most importantly, there’s a real appetite amongst our fellows for more connection and more learning.

What’s next for SSE fellows?

If you’re an SSE fellow, make sure you’re signed up to Have I Got Social Enterprise News For You, so we can send you full details.

Many people at the event took the time to give us some feedback and ideas for future events. Some of your ideas were to theme events around the work that you are doing (e.g. sessions for those working in healthcare, or education), to have further opportunities to meet social partners, and allocating a portion of events to fellows for them to pitch and promote their organisation to the room.

We want to hear from SSE fellows about what you want from future events in this series. Do contact me if you have any other ideas!

We’ll be holding the next event in the fellowship series in Liverpool, and will announce more details soon, taking your ideas and feedback on board.

But until then, keep in touch.